One day down and thousands to go!

So, this will be a boring post, but if you're bored feel free to read on or skip to the diaper story under number 4. Forgive the absence of pictures, but I took the camera away from Dallas today as he was hiding from me taking pictures(a big no no since he mostly just wipes his chubby little fingers all over the lens) and hid it a little too well as I can't even remember where I put it to keep it away from him. Anyway, today was my first official full day with all 4 kids all by myself. My mom returned Dallas and Brooklyn to my care last night and it was an eye opening experience glancing in the rearview mirror of my minivan and seeing almost all of the seats filled! It almost doesn't seem real. Anyway, now it's evening and everyone but Lexi is asleep . . I survived. We had our moments though. Here are 4 in honor of the 4 kids

1. At one point Lexi was wailing, Brooklyn screaming and Dallas apparently felt left out so decided to chime in with his own very loud and fake whining . .luckily it just made me laugh.

2. I had to lock Brooklyn out of my room so I could nurse the baby without Brooklyn poking her eyes and rubbing her snot nose in her face. Brooklyn spent the first several minutes crying and banging on the door and eventually gave up. After I was all finished up, I found her satisfied by the pantry where she had ripped open a box of cake mix, chewed throught the plastic like a rat and was eating handfulls of dry cake mix (pictures to follow). Let the fun begin of what messes I will discover and be forced to clean up each and every time I have to leave the kids unsupervised.

3. My visiting teacher dropped off dinner this evening while the boys were in the bath. She's new in the ward so doesn't know us very well, until now anyway. The boys were in the middle of fighting over who knows what in the bath when Dallas starts crying and launches his soapy body over the side of the tub and waddles through his drips toward the kitchen and just as I am about to get on his case for getting out of the bath I notice the blood dripping out of his mouth. Apparently whatever Trenton had done resulted in Dallas biting his tongue. I'm just thinking please don't let this require stitches like it did for Trenton a few years back. We cure him quickly with a popscicle, but then of course Brooklyn starts crying because she wants one too. After digging through the freezer all I can come up with is a sore throat relief ice pop and decide that now is as good of a time as any and give it Brooklyn. Then Dallas wants that kind and Brooklyn still wants an otter pop so I just switch and give them each others. Meanwhile Trenton comes out in his towel as well and starts grabbing for the brownies that were brought as part of the meal and doesn't listen to me when I tell him to wait. Dallas is still sitting in a towel on the table with his little man parts in plain view all the while I am trying to "visit" with my visiting teacher like everything is totally calm and normal. Calm? Not even close, but unfortunately this is terribly normal for life in our house. She said she be calling me to see if I needed anything. Maybe I should just ask her to call Nanny 911 right now?

4. By far my favorite for the day was this (if you don't like personal stories stop reading now as I lack in refraining from sharing things that some would rather not hear:

Dallas barges into the bathroom while I am busy taking care of my postpartum body and asks "Why you wearing a diaper?"

"I'm not." I respond hoping he'll just drop it.

"Why you wearing a diaper?" he repeats again.

"It's not a dipaer, it's a pad" I say praying he'll just give up already.

Like any curious 3 year old he was clearly unsatisfied by my response and asks yet again, "why you wearing a diaper?"

I surrender, "because I just had a baby."

Dallas walks out into my bedroom and announces to Trenton, "Mommy wears diapers now cause she had a baby."

I can already hear this declaration being shared with his preschool class for show and tell tomorrow.
Posted by daveandbri at 7:51 PM 10 comments:

Clean as a Whistle

Apologies for not being too quick on some updated photos but I have been running around the country because of interviews for school (another story for a future blog, but lets just say that the airline has had to give me $300, a free night in a hotel, free dinner, breakfast, lunch, first class back to Portland, and will soon be hearing from me to pay for the rental car I had to rent just to finally drive to the city I was trying to fly to for my interview.)

Here are some "cleaner" photos of Lexi 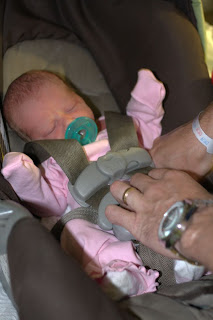 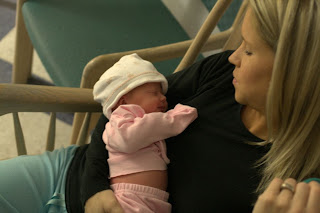 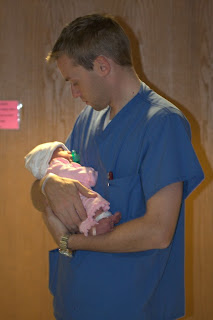 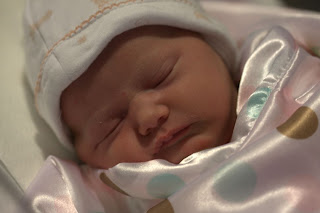 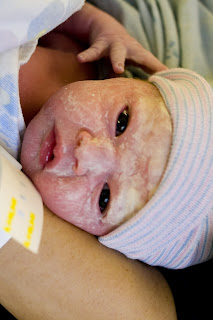 I Love You THIS MUCH 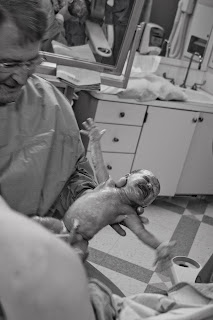 It's a girl!!! Oh wait, you probably already knew that. That's all we know too. No idea what the name's gonna be or what her stats are but we'll let you know when you know. Both girls are doing amazing.
Posted by daveandbri at 3:28 PM No comments:

guesses anyone?
Posted by daveandbri at 10:24 AM 5 comments: 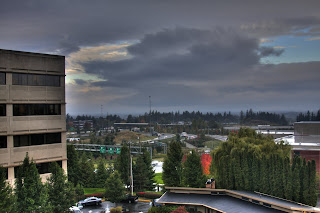 As the skys above Portland let loose their heavy burden of water... so did Bri.
Posted by daveandbri at 8:57 AM 4 comments:

Due to my crazy schedule of school and interviews around the country, we were able to schedule Bri to be induced today. Why 5 am? Don't know, but here we are. We'll keep you posted.
Posted by daveandbri at 5:45 AM No comments: 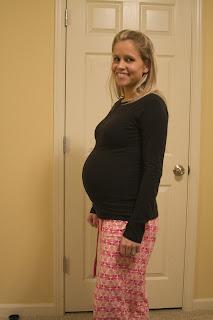 The last shot of Bri's big belly. She seems to be smaller this time around so she is hoping maybe that will also mean a small baby this time. Only time will tell.
Posted by daveandbri at 5:16 AM 3 comments: